Digital Dementia: Consequences of Outsourcing Your Brain to Smartphones

Coined in 2012 by Manfred Spitzer, a German neuroscientist, the term digital dementia describes a series of neurological problems caused by prolonged technology use.

It’s no secret that today, our smartphones do the thinking and memorizing for us. And this is causing some serious problems, say experts.

According to Dr. Spitzer, when we don’t use our thinking skills and at the same time use too much technology, it will cause our memory pathways to deteriorate.

Have you ever felt that you’re:

These may be signs that you’re developing symptoms of digital dementia.

In this post, we’ll look closely at digital dementia, including its symptoms and ways you can alleviate them.

What is Digital Dementia?

So, how does this condition develop?

According to doctors, when you spend a massive amount of time on your devices, “a sensory dissociation occurs where the back of the brain is overactive, and the front of the brain is underactive.”

Your occipital lobe, in the back of the brain, processes visual signals like visual cues from digital screens.

So, when you sit with your screen-based gadgets for a long time, it causes the front part of the brain (frontal and parietal lobes) to be under-stimulated.

And these are the regions that are responsible for tasks like higher order thinking and good behaviors enabling actions like:

So, when you don’t stimulate the frontal part of your brain, it can result in problems like digital dementia.

The symptoms of digital dementia are almost identical to dementia symptoms. The only difference is that dementia only affects people as they age. And digital dementia can affect even children with developing brains.

Have a look at some of the symptoms of digital dementia.

Since the internet brought information to our fingertips, research studies say that it’s taking a serious toll on our ability to recall information.

“The Internet has become a primary form of external or transactive memory, where information is stored collectively outside ourselves,” says Betsy Sparrow from Columbia University.

In her 2011 research study, Sparrow used four separate experiments to see what effects web search engines have on the cognitive functions of memory.

Here are the results of her experiment.

After she primed the subjects with trivia questions they didn’t have answers to, she immediately asked them to read out the colored words on a computer screen.

Besides that, when subjects believed that the computer would save information for them, they were less likely to remember that information themselves.

Because we have information at our fingertips, it’s easy to brush off the idea that we should put effort into remembering things. And while it’s true that we can look things up any time, it takes a huge toll on our ability to recall information.

In 2013, Korean news site The JoongAng, in association with The New York Times, reported the story of Kim Min-woo, a 15-year-old student who was suffering from early-onset dementia.

Min-woo started flunking tests in subjects that required heavy memorization. And he was having trouble even remembering the six-digit keypad code to get into his own home.

To open the door, he had to call the code up on his smartphone.

Min-woo’s mother took him to the doctor to see what was happening, and the diagnosis shocked everyone. The 15-year-old child was diagnosed with early onset dementia.

His mother said that Min-woo was tethered to either the television or his computer at any given time and that he was an avid computer game lover.

“His brain’s ability to transfer information to long-term memory has been impaired because of his heavy exposure to digital gadgets,” said psychiatrist Kim Dae-jin, who diagnosed Kim.

Another doctor from Southern Seoul also mentioned that “overuse of smartphones and game devices hampers the balanced development of the brain. Heavy users are likely to develop the left side of their brains, leaving the right side untapped or underdeveloped.”

In a 2011 study, a group of Chinese researchers found that prolonged tech use causes a significant decrease in gray matter in the brain.

This pinkish-gray tissue, known as gray matter, makes up the brain’s outermost layer. It plays a significant role in our daily lives, helping our movements, memories, emotions, and many other functions.

This tissue forms in the ectoderm, and it continues to form until the age of about 8 years old.

After this, grey matter formation stops in some brain regions, but the matter’s density, in particular, increases. The increase in gray matter’s density allows for higher processing and further mental development in humans.

The researchers studied internet-addicted university students who spent at least 8-13 hours a day playing games online. They compared these students’ brains with those who spent less than two hours online.

Upon comparison, they found signs of gray matter atrophy in the brains of all heavy internet users. The longer their Internet addiction continued, the more severe the damage was.

Experts say that gray matter atrophy can lead to motor function issues such as losing control of fine motor skills.

The same study which found signs of gray matter atrophy in internet-addicted students also found changes in the white matter that lie below the gray-matter cortex.

White matter is another tissue that makes up the bulk of the deeper parts of the brain. Unlike gray matter, which stops forming when a child reaches the age of around eight, white matters keep developing well into our 20s.

Changes in white matter can cause an array of problems affecting your memory, mobility, and balance.

Other Problems with Too Much Tech Use

These are just the neurophysiological problems associated with prolonged tech use. There are more. Have a look.

A tech-addicted person tends to isolate themselves. This causes a severe decline in their emotional and social intelligence, resulting in various mental health problems ranging from social anxiety to depression.

You can learn more about the effects of prolonged tech use on your emotional intelligence in my post, “Technology May Be Lowering Your Emotional Intelligence: An In-Depth Analysis.”

A sedentary lifestyle is yet another problem that sprouts from prolonged tech use. Today our smartphones can entertain us, tend to our needs, and present information at our fingertips.

You can decide not to leave your house for a month, and if you have a mobile device and a stable internet connection, you’ll survive.

Although what modern technology has given us is appreciable, we’re becoming too dependent on it. And that’s causing some serious problems, including a sedentary lifestyle.

Read my post, “Real-Life Effects of Being Too Tech-Dependent,” for more information.

The list doesn’t end here. Prolonged tech use is associated with dozens of physical, mental, psychological, and emotional health problems. And as technology advances, the effects of these problems are also becoming much more severe.

You can learn more about them and how to protect yourself in “The Healthier Tech Blog.”

Can You Reverse Digital Dementia’s Effects?

Unlike dementia, some of digital dementia’s effects are luckily reversible. You just need to make minor changes in your lifestyle, starting with using less tech in your daily life.

You can make a rule to use your gadgets only for essential purposes. And even if you use them for entertainment, you must ensure that you adhere to a strict time frame.

Learn more about limiting your tech use in my post, “Screen Time Limits for Adults.”

Besides that, here are some things you can do to reduce the symptoms of digital dementia.

Our brains can store huge amounts of information and perform complex tasks. And unlike many things, the more you use your brain, the better it becomes.

So, from today, start using your head for memorization and calculation tasks.

For example, instead of turning to Google to look up the name of the actress from your favorite show that you can’t seem to remember, sit there and concentrate until you can recall it.

And instead of turning to your phone for simple calculations, do them in your head.

Insider says, “reading consistently strengthens connections in the brain, improves memory and concentration, and may even help you live longer.”

And read a physical book instead of e-readers or tablets.

That’s because reading a physical book:

Research studies say that speaking two or more languages can significantly delay the onset of dementia.

“In the case of bilingualism, cognitive reserve may involve reorganization and strengthening of neural networks that enhance executive control,” says a group of Canadian researchers.

And a neatly organized and robust set of neural networks helps significantly reduce the symptoms of digital dementia.

When you play an instrument, you use both sides of the brain. This lets you get in touch with both your analytical and creative side, reducing the imbalance in your brain.

Digital dementia is real, and it’s affecting millions. And, as mentioned before, neurophysiological problems aren’t the only ones that stem from prolonged technology use.

But, since modern technology is such an important part of our lives, we can’t simply stop using it.

So, what can you do? Simple: you need to build a healthier relationship with technology.

The Healthier Tech Podcast hosts a series of experts from different industries sharing tips and tricks on how to use technology in a way that benefits you — without you being subjected to its adverse effects. So, give it a listen. He has spoken at technology conferences around the world, including in the US, Canada, New Zealand and the Netherlands, and he is the co-author of “AdvancED Flex Development” from Apress.

He has an MBA from the UCLA Anderson School of Management and received his bachelor’s degree, with honors, from Columbia University. He has also studied at Cambridge University in the UK; the University of Salamanca in Spain; and the Institute of Foreign Languages in Nizhny Novgorod, Russia.

Connect with R on LinkedIn.

Technology & Sleep: 5 Ways Technology is Affecting Your Sleep and What to Do About It

National Day of Unplugging: What’s its Significance and When to Celebrate? 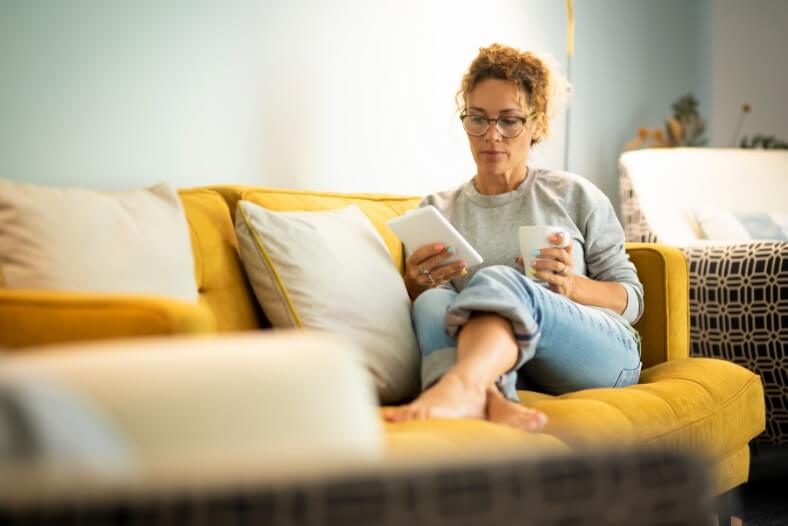 Enter your email address below to receive the FREE Healthier Tech guide.

Technology & Sleep: 5 Ways Technology is Affecting Your Sleep and What to Do About It

S3E33: Rijul Arora Wants You to Have a Healthy Place in the Digital World

S3E32: Sammy Nickalls Wants You to be In Control of How You Feel On and Offline

S3E31: Dr. Heidi Forbes Öste Wants Your Tech Tools to Work For You, Not Against You

Helping you live healthier with less technology, and experiencing more joy from the technology you use.